How is a 3D Tour different from a traditional virtual tour?

A traditional 3D Tour isn’t really virtual. It’s just a gallery of stationary panoramic photos. Although techniques vary, most traditional tours don’t allow the viewer to move around within the space. At the very most, traditional tours offer 10 individual locations to view the space. Traditional photographers use DSLR cameras to capture multiple photos which are then stitched together to form a panorama which is viewed from a player.

Our 3D Tour allow the viewer to explore the space in up to 200 locations that are seamlessly stitched together. We use high tech Matterport 3D cameras which have 12 cameras and sensors to not only capture photos but to create a polygon mesh. This mesh is rendered into a dynamic 3D model which can be explored online or even with a virtual reality headset such as an Oculus Rift! Plus, our 3D models also show a “Floor Plan View” as well as a “Dollhouse View” to allow the viewer to conceptualize the space.

Can exteriors be included in the 3D Tour?

3D Tour are best suited for interiors but if there is no harsh direct sunlight, exterior spaces may be included such as decks and patios.

How long does it take to scan a typical space?

It typically takes 35-45 minutes for every 1,000 square feet. Each individual scan takes about 1 minute.

What do I need to do before the appointment?

You do not need to provide anything for us to make the virtual tour. Everything in our virtual tours are created digitally.

Please have the space in a condition suitable for scanning before the scheduled appointment. We would prefer to not spend time during the appointment cleaning or rearranging furniture.

Please provide instructions in the appointment scheduling form on how to access the property or how to obtain lockbox codes.

What do I need to do during the appointment?

You are not required to be on site while we scan the property. The scanning process is very time consuming and most real estate professionals either provide a lockbox code or unlock the property themselves then take off.

Please be aware that it is a very time consuming process which often takes a few hours to complete.

What if the weather is bad on the day of my appointment?

Our 3D cameras use High-Dynamic-Range Imaging (HDR) allowing the camera to adjust to changes in light so both light and dark areas can be captured at the same time. This means that a space is good for scanning even on cloudy days. As long as there is interior lighting, the finished project will look as good as a model created on a sunny day.

How do I embed the 3D Tour into a website?

Embedding a model is very straightforward; it’s similar to embedding a YouTube video. Simply copy and paste the HTML code that we will provide. If you’re not feeling too tech savvy, we can help you.

Which browsers are compatible with the 3D Tour?

The 3D Tour uses WebGL, the modern standard for 3D content viewed on the web. On desktop computers, WebGL is supported by the latest version of Chrome, Firefox, Safari, and Internet Explorer. On mobile devices, WebGL is supported by Safari for iOS 8 and Chrome for Android. Loading times typically take longer on mobile devices. If you can’t view the Virtual Tour, please update your browser. Test Your Browser 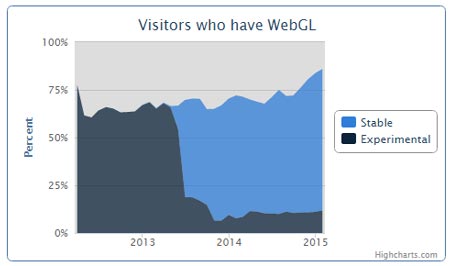 How do I pay for the service?

We accept all major credit cards, checks, and Paypal. You can pay at the appointment or receive an invoice by email which is payable within 5 days from the date of the service.

How long is my 3D Tour hosted online?

3D Tour require an enormous amount of data which is stored in the cloud. The first 6 months of hosting are free and then its only $60 a year / model after that. You are free to cancel at anytime.

When you schedule an appointment with Tour It Now, we automatically create a user profile for you allowing you to login and view your upcoming appointment as well as cancel appointments. A deposit is required to confirm scheduling. Should you need to cancel, please do so more than 24 hours before the appointment to avoid a rescheduling fee.

Ready for the Next Level? Book a 3D Tour Now!

One of the best things about a 3D Virtual Tour by Tour it Now (in addition to the amazing technology of course) is how easy it is to have your tour created! Our specialized tour photographers are conveniently located throughout Southern California. When you click the Book Now button below, you will be given the option to choose the area that you would like to book your tour in: Inland Empire, San Diego, Los Angeles County, or Orange County. Depending on the size of the property, the process is usually completed within a couple hours. See how easy it can be, and schedule your appointment today!

Subscribe and get the latest information
about Tour It Now and our services.